Noongar language is considered to be an endangered language, with less than 400 fluent speakers within the Noongar nation. The Noongar Shakespeare Project is a long term creative endeavour which aims to have a direct and immediate impact to grow the number of people with an understanding of Noongar language and culture. 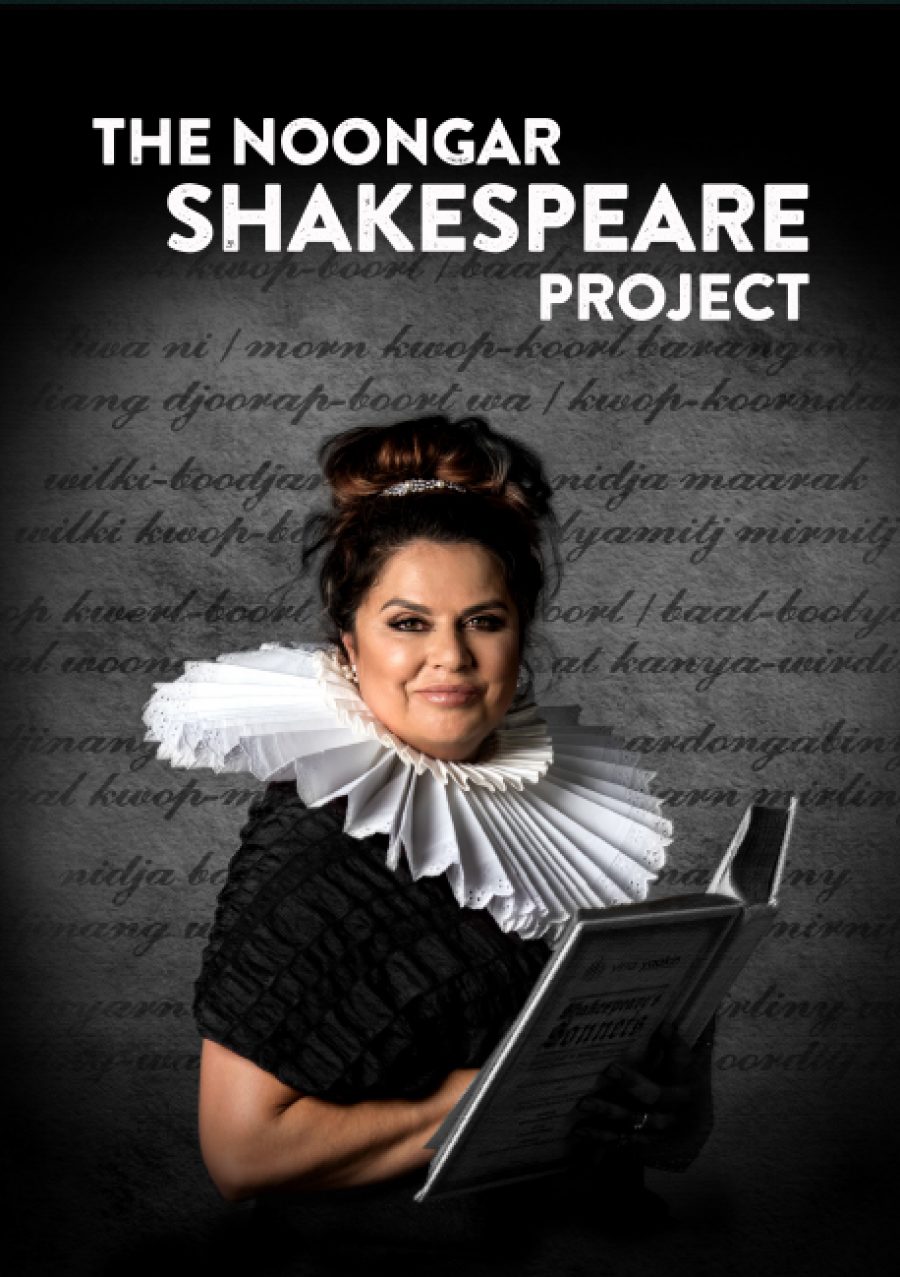 Noongar language is considered to be an endangered language, with less than 400 fluent speakers within the Noongar nation. This project aims to have a direct and immediate impact to grow the number of people with an understanding of Noongar language and culture.

Where the Project began:

In 2012, in an international first, Yirra Yaakin presented translated Shakespeare’s Sonnets in the Noongar language as part of The Globe Theatre’s Cultural Olympiad in London. This represented an important moment in celebrating Noongar culture and language internationally.

We are continuing to develop this unique educational cultural language program that will support the development and presentation of a full-length adaptation and translation of Shakespeare’s Macbeth in Noongar language. A full length production of Macbeth in Noongar, titled Hecate, will premiere in early 2020. More details coming soon.

Below is an outline of the how the project has developed over the years.

2018 – A public showing of selected scenes from the Noongar Macbeth adaptation was held as part of Perth Festival in March. Further creative development sessions were completed between Yirra Yaakin Theatre Company and Bell Shakespeare on the adaptation. We also introduced the Junior Sonneteers Program, in which twelve young artists from diverse backgrounds were invited via an audition process to become Yirra Yaakin’s first youth ensemble. After a two-month period of workshops and rehearsals, the Junior Sonneteers took to the stage to showcase their commitment and hard work in a unique performance of Noongar language and Shakespeare.

2015 – We continued this evolution of translating Shakespeare Sonnets into the Noongar language with an expansion of these initial seeding projects. We began a Noongar language-training program for selected Yirra Yaakin artists, which included developing a schools based workshop residency program that was successfully piloted with Clontarf Aboriginal College.

2013 – A presentation of a selection of the Sonnets at the Opening of the Perth International Arts Festival, another first for the Company.

We are delighted to have the support of Wesfarmers Arts as our Noongar Shakespeare Project Partner and Bell Shakespeare as our Creative Development Partner.

Given the worldwide interest in the study and presentation of Shakespeare we are seeking local, national and international partners for this significant undertaking.

Recently I experienced the work of the very talented Aboriginal performers of Yirra Yaakin Theatre Company from The Noongar Shakespeare Project and it brought tears to my eyes. In the process of translating a Shakespeare sonnet into Noongar language, each actor goes on their own spiritual journey reconnecting with their past and their present, carefully choosing the words and values that best represent what Shakespeare intended and how it is expressed through their own culture. It is such a gift to be present at their workshops and performances to feel this journey and see it when they perform. It is an entertaining way to learn about this very important culture and people, and is an immensely rewarding project for both the actors and the audiences. I am excited to be an ambassador for this program and invite you to consider becoming a part of this project and the Yirra Yaakin community. – Mae Cardaci, Philanthropist and Noongar Shakespeare Project Ambassador

If you are interested in becoming an Ambassador for the Noongar Shakespeare Project please contact our Partnerships Manager. E: partnerships@yirrayaakin.com.au | P: 9380 3047 or donate now.