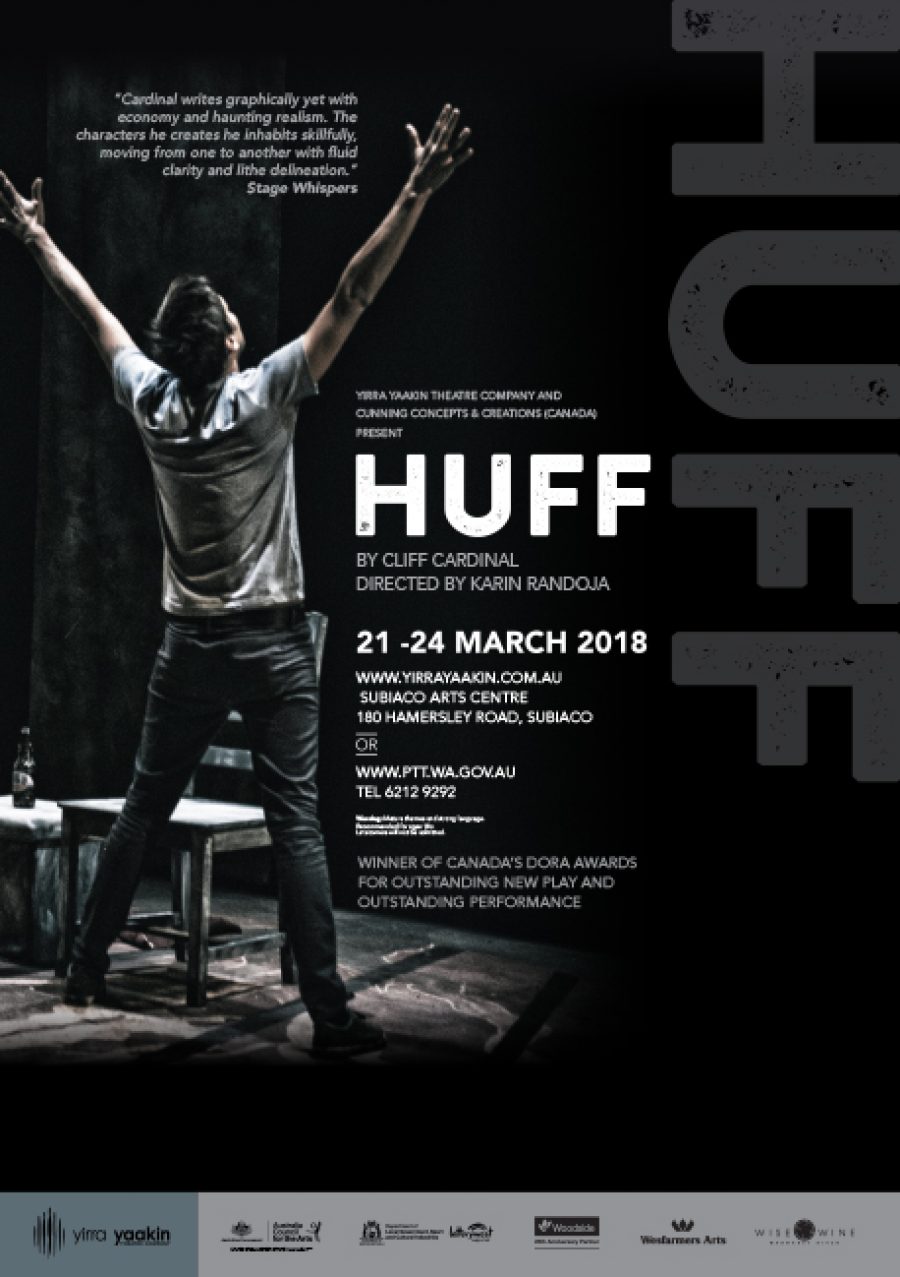 Huff is the wrenching, yet darkly comic tale of Indigenous brothers, caught in a torrent of solvent abuse and struggling to cope with the death of their mother. Wind’s fantastic dream world bleeds into his haunting reality, as he’s preyed on by the Trickster through the hallways at school, the abandoned motel he loves more than home, and his own fragile psyche.

With his signature biting humour and raw, vivid imagery, Cardinal expertly portrays over a dozen characters in his captivating solo performance. Huff is a daring solo show by award-winning Indigenous playwright Cliff Cardinal, one of the most exciting new voices in Canadian theatre.

Huff is a heartbreaker. – Torontoist

Cardinal is an artist to watch. – Stage Door

Note: Coarse language. Latecomers will not be admitted. Recommended for ages 18+.